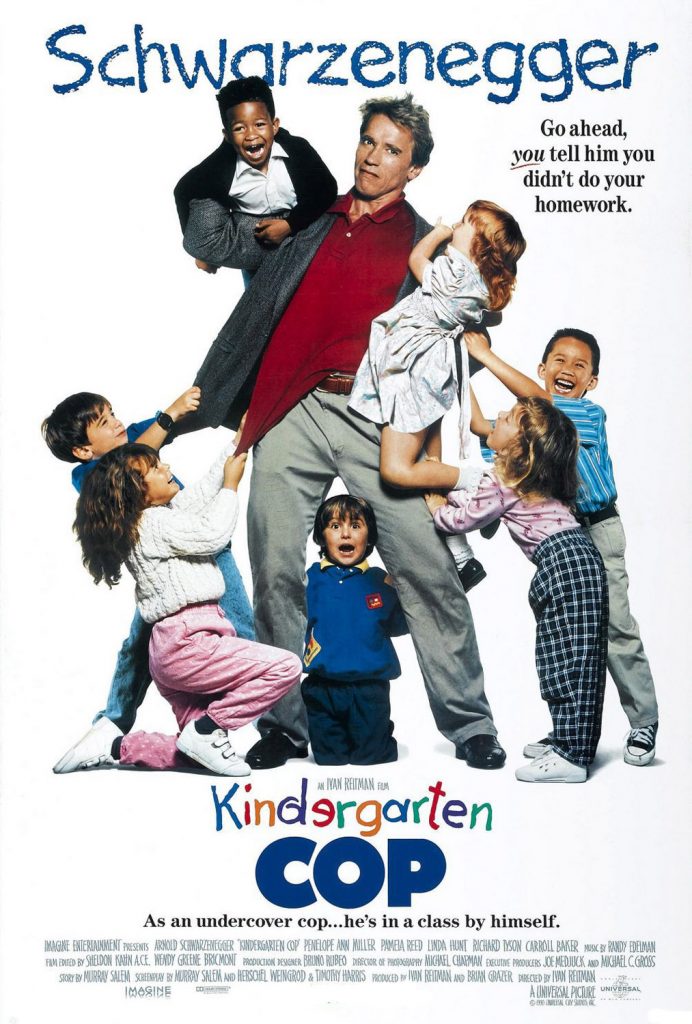 After numerous fruitless attempts, the veteran LAPD Detective, John Kimble, has one last chance to put behind bars once and for all the elusive drug kingpin, Cullen Crisp, who is trying to find the whereabouts of his son and his ex-wife who run away with millions of dollars. In high hopes of picking up clues, the massive officer finds himself at a bustling elementary school in Astoria, Oregon, posing as a substitute kindergarten teacher; however, to keep up the ruse without blowing his cover, John must keep under control a noisy classroom full of intimidating five-year-old adversaries. Can Kimble show them who’s boss?