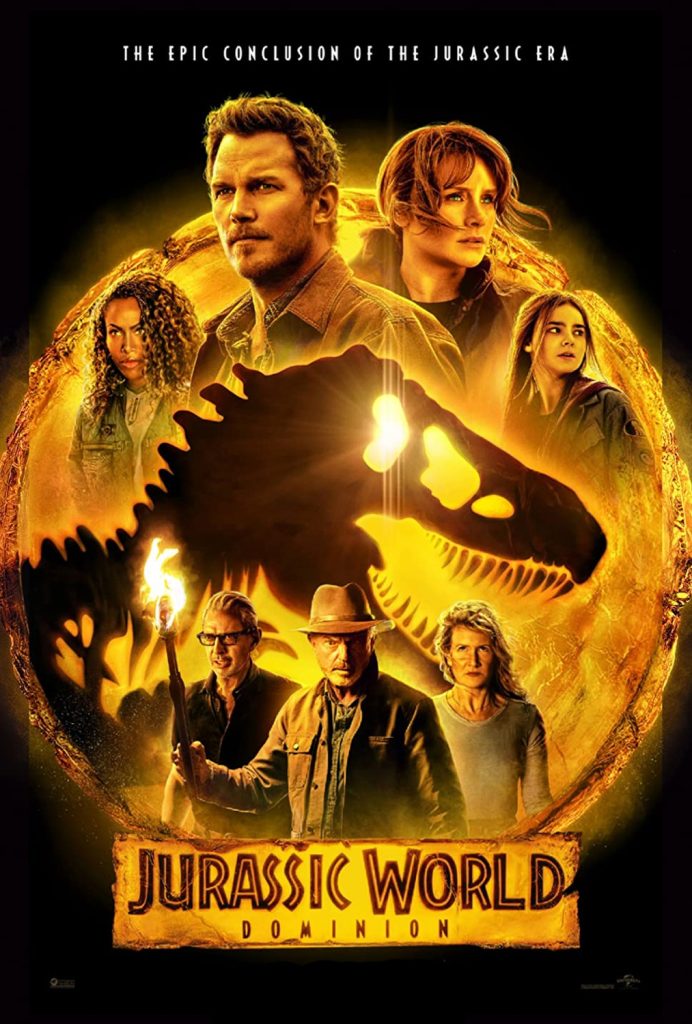 After surviving the destruction of Isla Nubar and dealing with the conspiracy at the Lockwood estate, Owen Grady and Claire Deering took Lockwood’s granddaughter Maisie with them upon learning she’s actually the clone of Lockwood’s daughter. They’ve been living under the radar to protect Maisie but she feels like a prisoner.one day Blue the raptor Grady trained at Isla Nuba and bonded with shows up and reveals that she bored an offspring which is impossible. Men are watching them and they are told to get Maisie and Blue’s child which they do. Owen and Claire set out to find them. They ask some friends to help them and they eventually learn that it was Lewis Dodgson, owner of Biosynwho ordered their abduction.at the same time the country’s crops are being attacked by some unusual locusts, Ellie Satler investigates and suspects the locusts were created by Dodgson who wants the world to rely o his crop that the locusts have not touched. So she asks Alan Grant her former partners help her. She was contacted by Ian Malcolm who works for Dodgson who invites them to Dodgson dinosaur sanctuary which is also his lab. They set out to prove Dodgson scheme but in the process they meet Maisie who bonded with Blue’s child whom she named Beta.they try to escape but Dodgson tries to stop them. Claire Owen head to the sanctuary to save Maisie and Blue.